English (google translation): With the new Chrome versions, all downloads from allegedly all insecure sites (http) are prevented. In the meantime we have noticed that many downloads from secure sites (https) are also prevented, too So it is no longer the user who decides what can be downloaded, but Google Chrome, although the download content from Sudden Strike Maps is safe. We recommend installing a browser alternative (Firefox, Opera, etc.) in addition. Then it also works with the downloads. 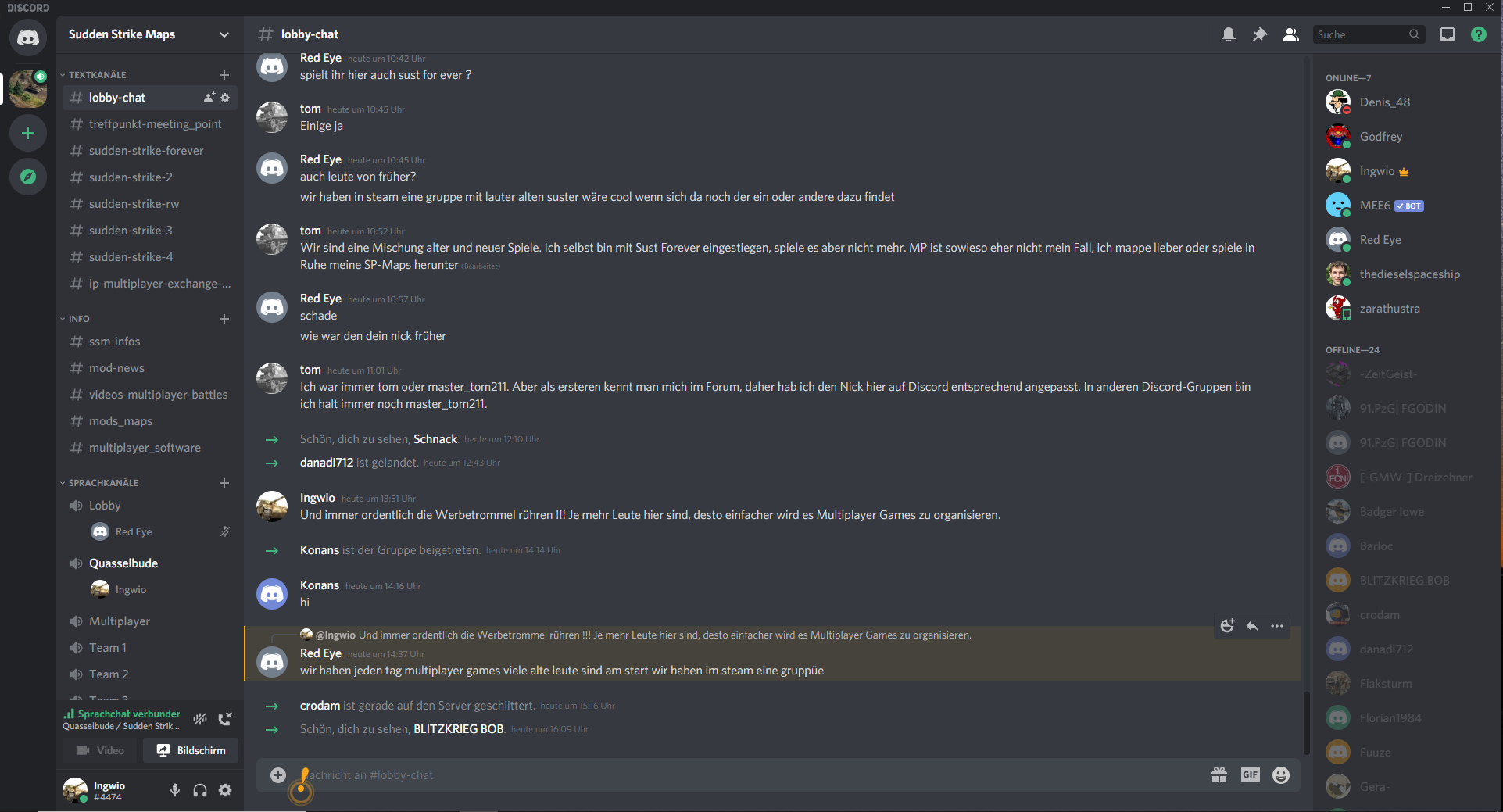 In addition and as an alternative to Teamspeak, we have now set up a Discord server. Various text and voice channels are available in which players can meet, exchange information or arrange to meet for multiplayer battles. In the long run, various information channels should also be created here, for example how to get multiplayer running, etc. Just test it out ...

After distributing SS4Ever Mod Extended, here's the light version for those who want to play with Vanilla settings. This version will NOT change units settings, no permanent wrecks of others features from SS4Ever Mod. With this version, you will still have some new playable units, some new skins, some new sounds and some reworked missions.

This mod is available clicking on this link.

This is the new (and certainly the last) version of    SS4 Ever Mod Extended !

What's new in this new version ?

Some new settings :
- US sniper : sight set to 75 (like other snipers)
- new slot for Foxhole

Some units changes in missions :
- All German/Soviet/Allied Missions have been reworked with new units, some modifications in the player and enemy reinforcements
- You won't see vehicles moving in fog of war.

You can download it by clicking on this link ;)

Info in Englisch:
German invasion of Canada? Chemical warfare on the Autobahn? Maus tanks delivered by train? 29 new custom missions for Sudden Strike 3 created in 2019 and 2020 are ready to be played

Take control of US troops in 1945 and stop the last German plan in the "Alpine Fortress" missions, or control the German troops and achieve the impossible - destroy all the Allied forces, recapture Germany, and continue the war in all directions until total victory. You'll be busy for hundreds of hours as you conquer the world!